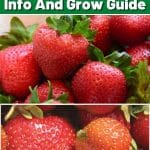 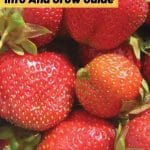 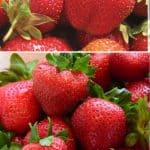 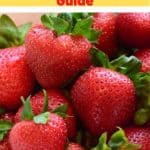 The hybrid Camarosa variety of strawberry was developed and released by the University of California, Davis in 1994. Its lineage is ‘Douglas’ x Cal 85.218-605. Camarosa is similar to another UC Davis release Chandler, but with earlier productivity, larger, firmer fruit and higher yields.

Camarosa can be grown in a wide range of climates. From zones 4-10, Camarosa will endure heat and cold winters.

Camarosa thrives in full sun and fertile, well-drained soil. Add compost when preparing beds in spring. Keep them well-watered and mulched. Camarosa also does well in containers that can be kept around the house and relocated during inclement weather.

Fruit will grow large, up to 2 inches long. Camarosa tolerates heat and dry air well. It is the primary variety grown in California and shipped to supermarkets all over the country. Camarosa is among one of the earliest June-bearers ready for harvest. Large, firm berries transport and keep well. Camarosa is popular as a Pick Your Own variety at farms. A great producer for commercial growers.

Compact plants will grow to 8 inches (20 cm) in height and spread out to 12 inches (30 cm). Camarosa strawberries taste best when allowed to turn dark red, after the glossy bright red fades.

Big size and sweet taste, Camarosa can be enjoyed fresh, sliced over salads and desserts. Because of its firm flesh, it keeps and freezes well.